I joined a data analytics startup in 2018. While there, I established a user research practice and discovered that users needed a deeper understanding of their business data before they could experience the value of the product's data analysis. I used UX methodology to create a solution that empowered users to investigate their data-driven business questions.

The first challenge I faced at AnswerRocket was performing user research. Though Sales and Implementations had relationships with our clients, the smaller and younger Customer Success team was still working to build those relationships. The CS team frequently fielded support requests from admins at client organizations, but in order to alleviate the need for support, I needed to find out what end users were encountering that prompted those requests.

I worked with my supervisor to identify which clients were most likely to grant us access to their end users. These clients were chosen on the basis of existing relationships, tenure with the product, and product usage. We included clients with both exceptionally high and unusually low usage to capture the product’s strengths and the areas in need of improvement.

We began recruiting and scheduling interview times with end users. Some of the calls would include user admins, while others would be strictly me, my supervisor as note-taker, and the participant. I began drafting an outline of interview questions: what did we want to learn from these end users?

I created personas to represent the two types of users we met with. These personas reflect the insights gathered through ongoing relationships with our clients, with particular attention given to their ability and willingness to troubleshoot and motivations for analyzing data. 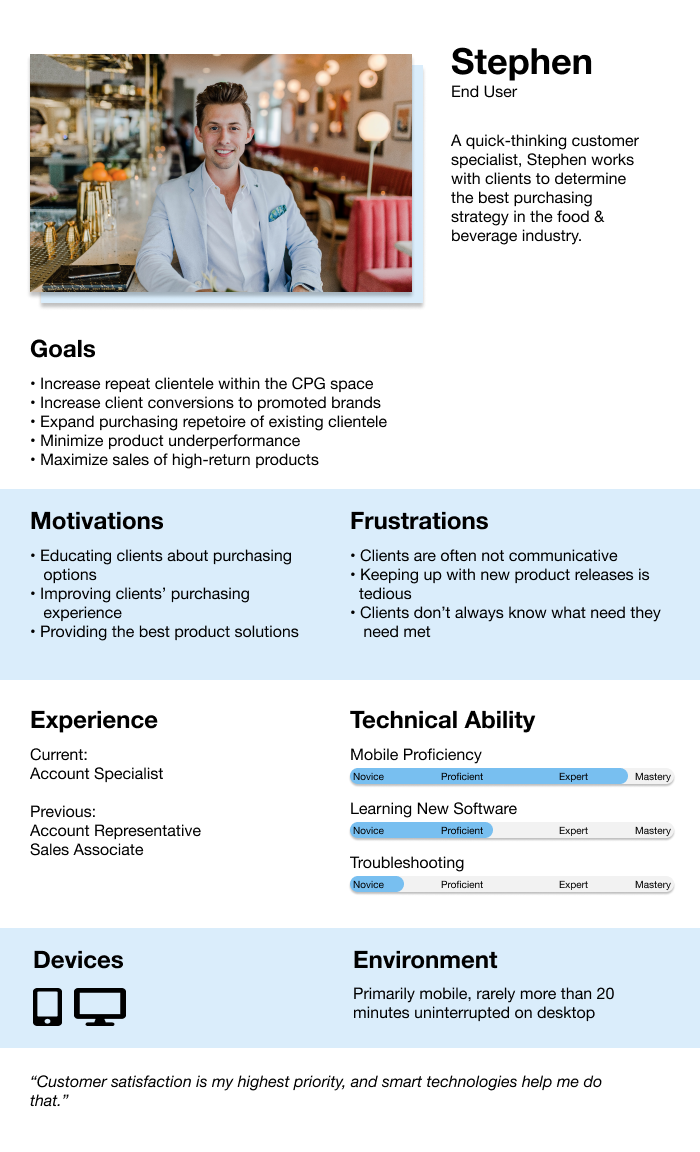 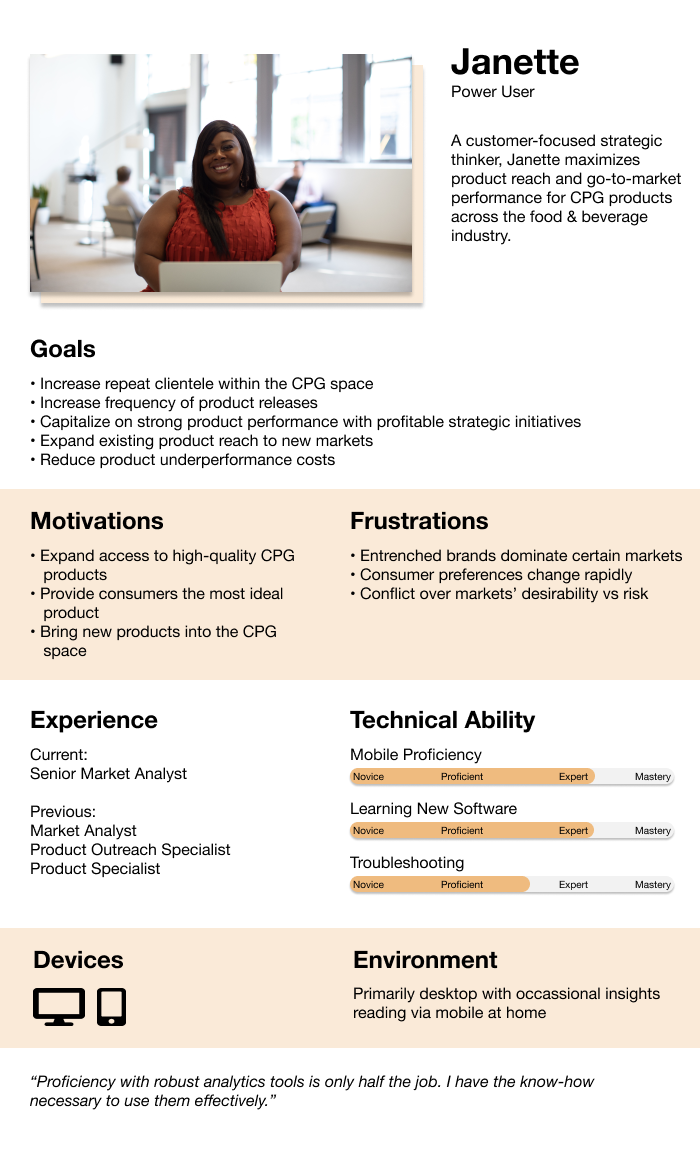 Empathy requires action, though, to make a difference for end users. To take action, we needed a plan, and that plan needed focus. I created a user flow diagram to represent the current state of how a question is asked using the product.

And then, I examined how this flow could be simplified. What are the essential steps in asking a question? Or in seeking support? Can we alleviate the end users’ need to seek support by simplifying the process of question asking?

Having developed a deep understanding of where users were experiencing friction, I started exploring how to alleviate that friction. I used sharpies, gel pens, and blank paper to sketch a variety of ideas about how to guide users through question construction or provide support to them when they encountered difficulties. 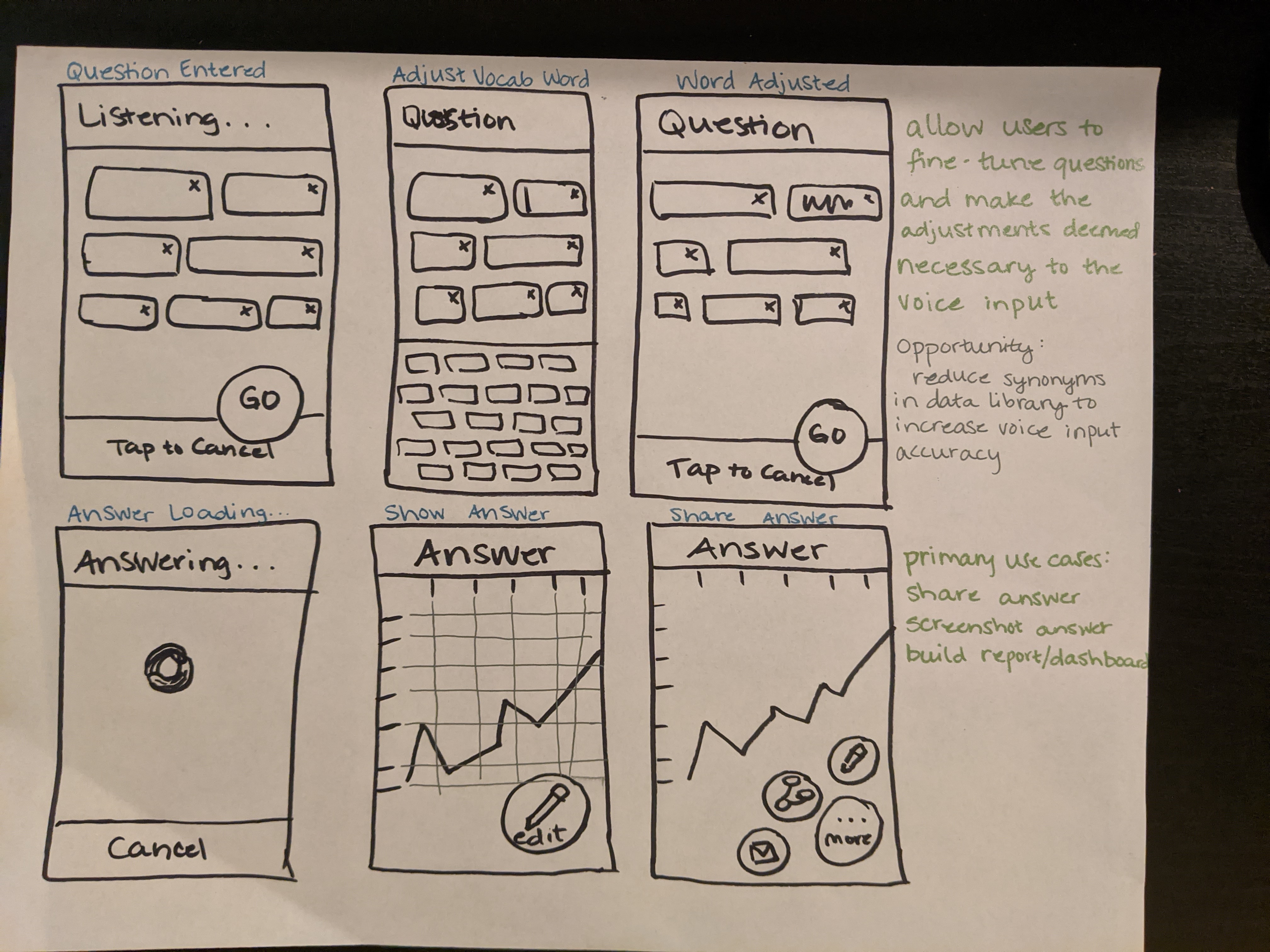 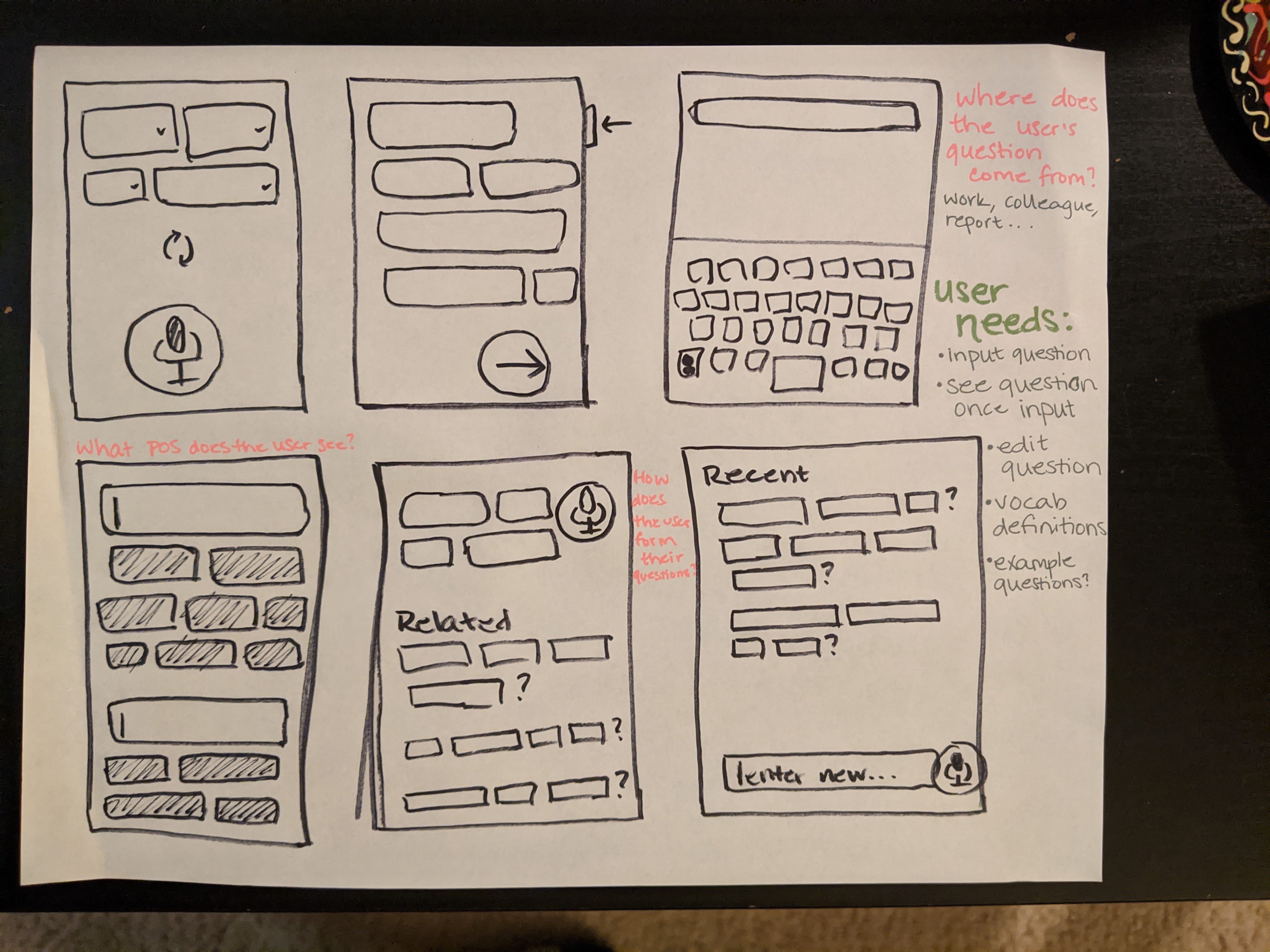 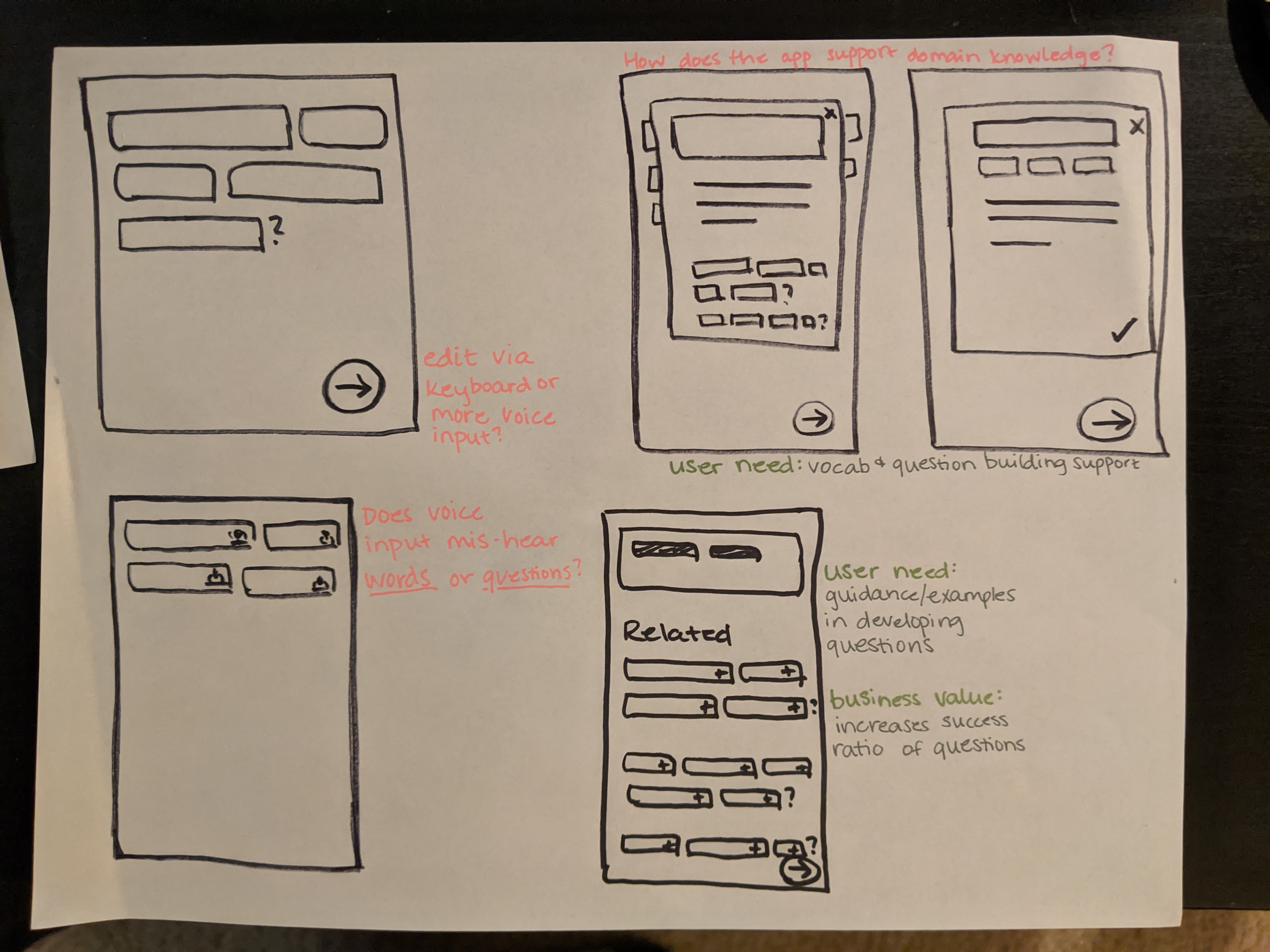 One set of sketches focused on how a user could request support from their admin in the moment that they realize they would like assistance. 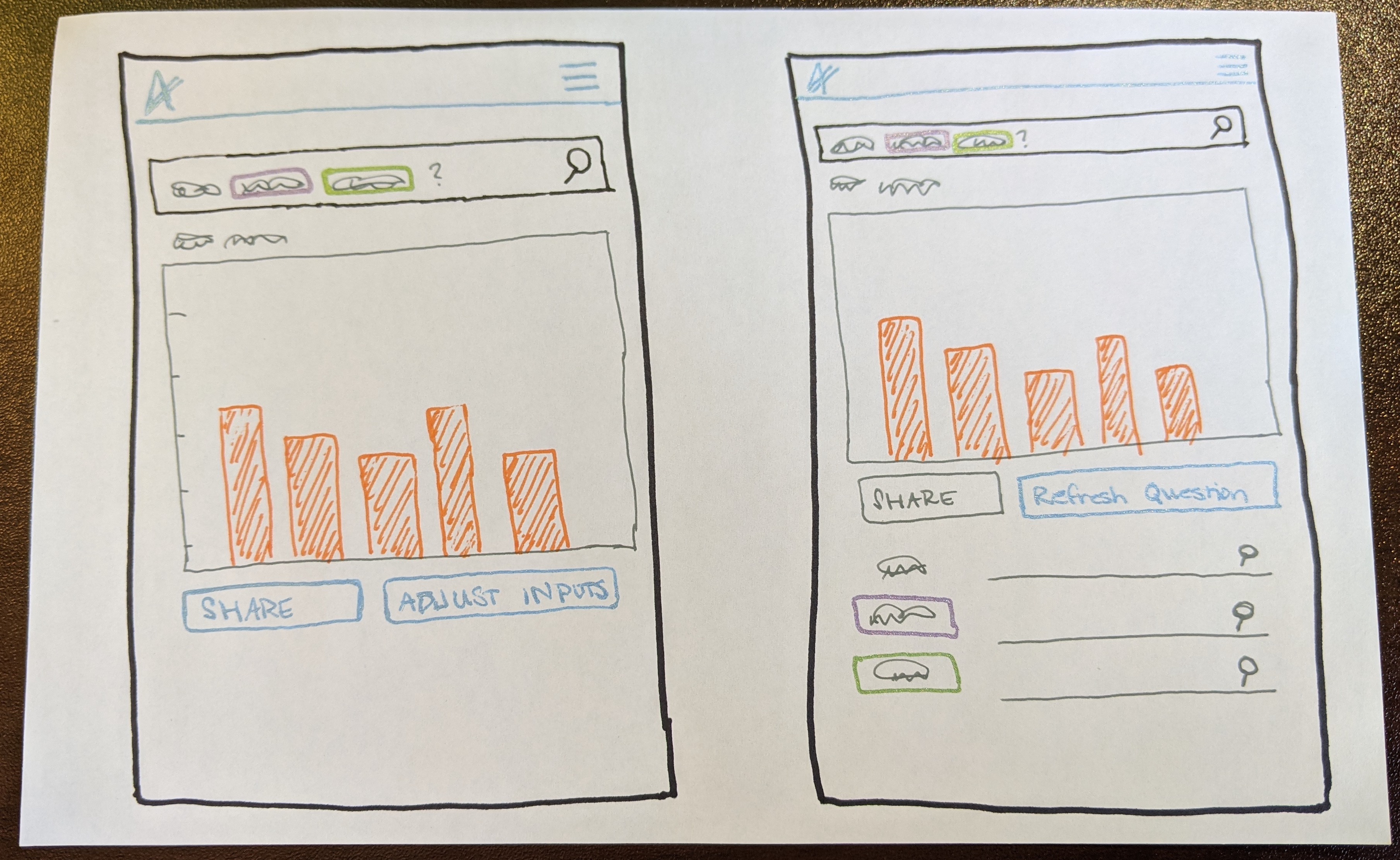 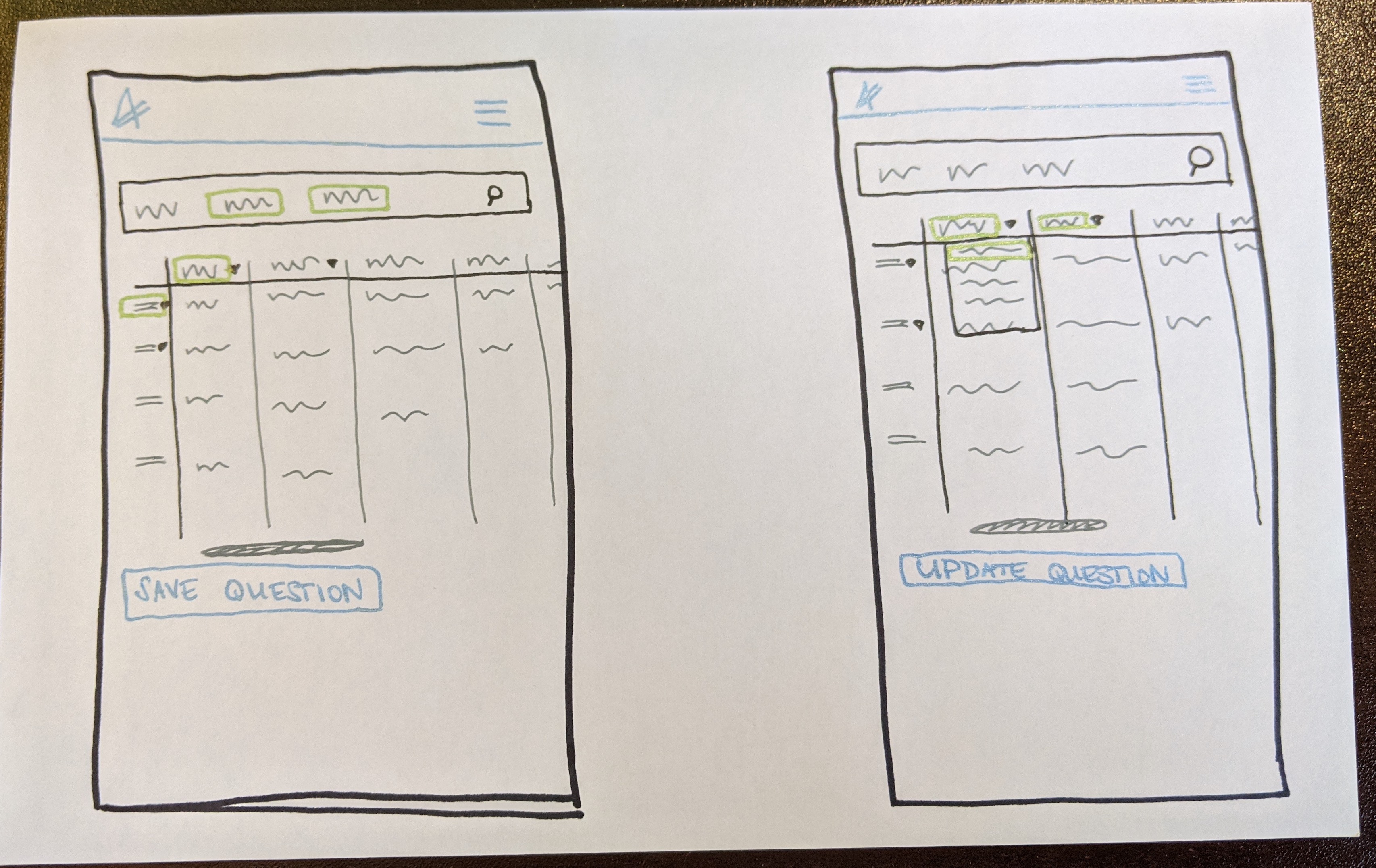 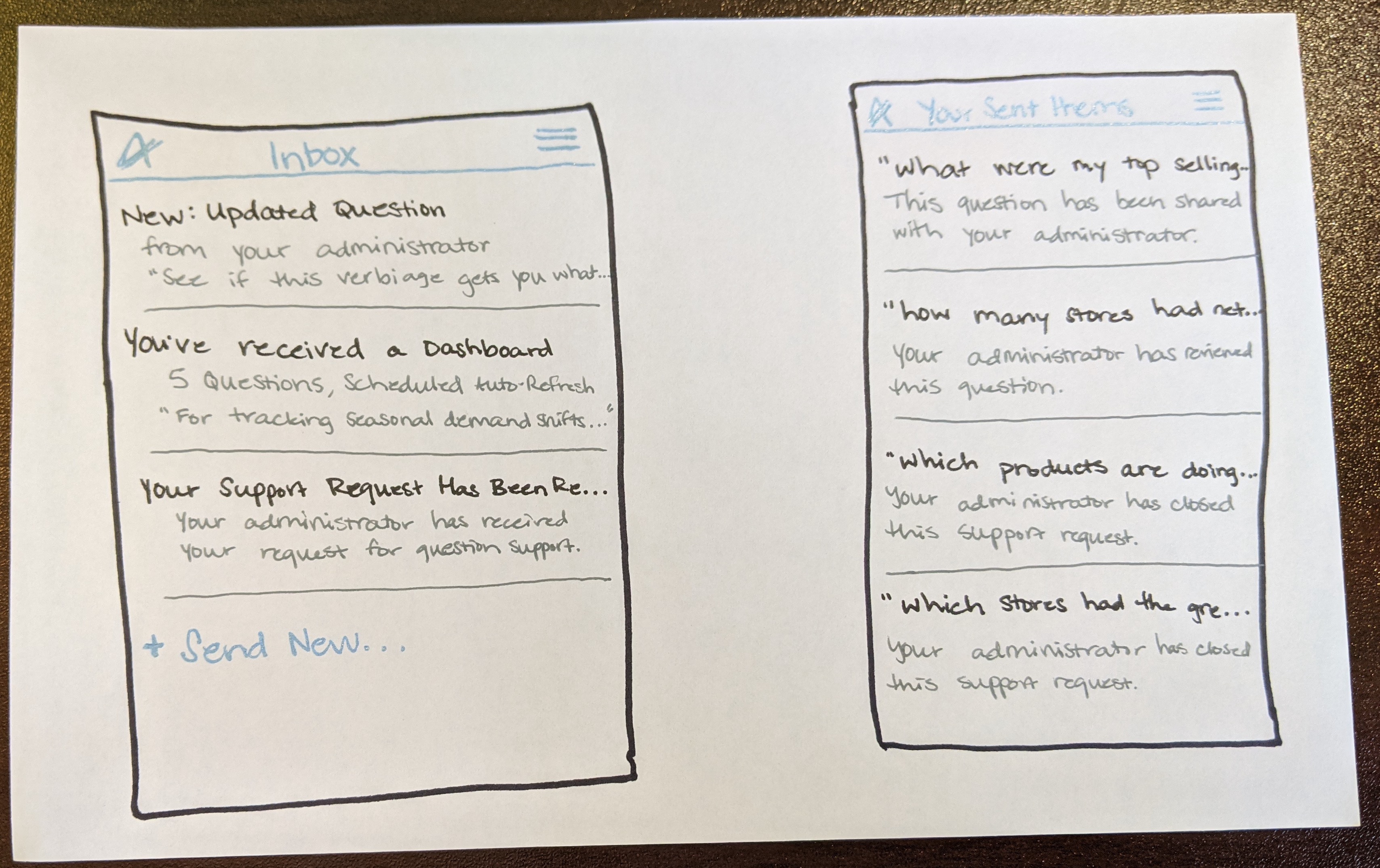 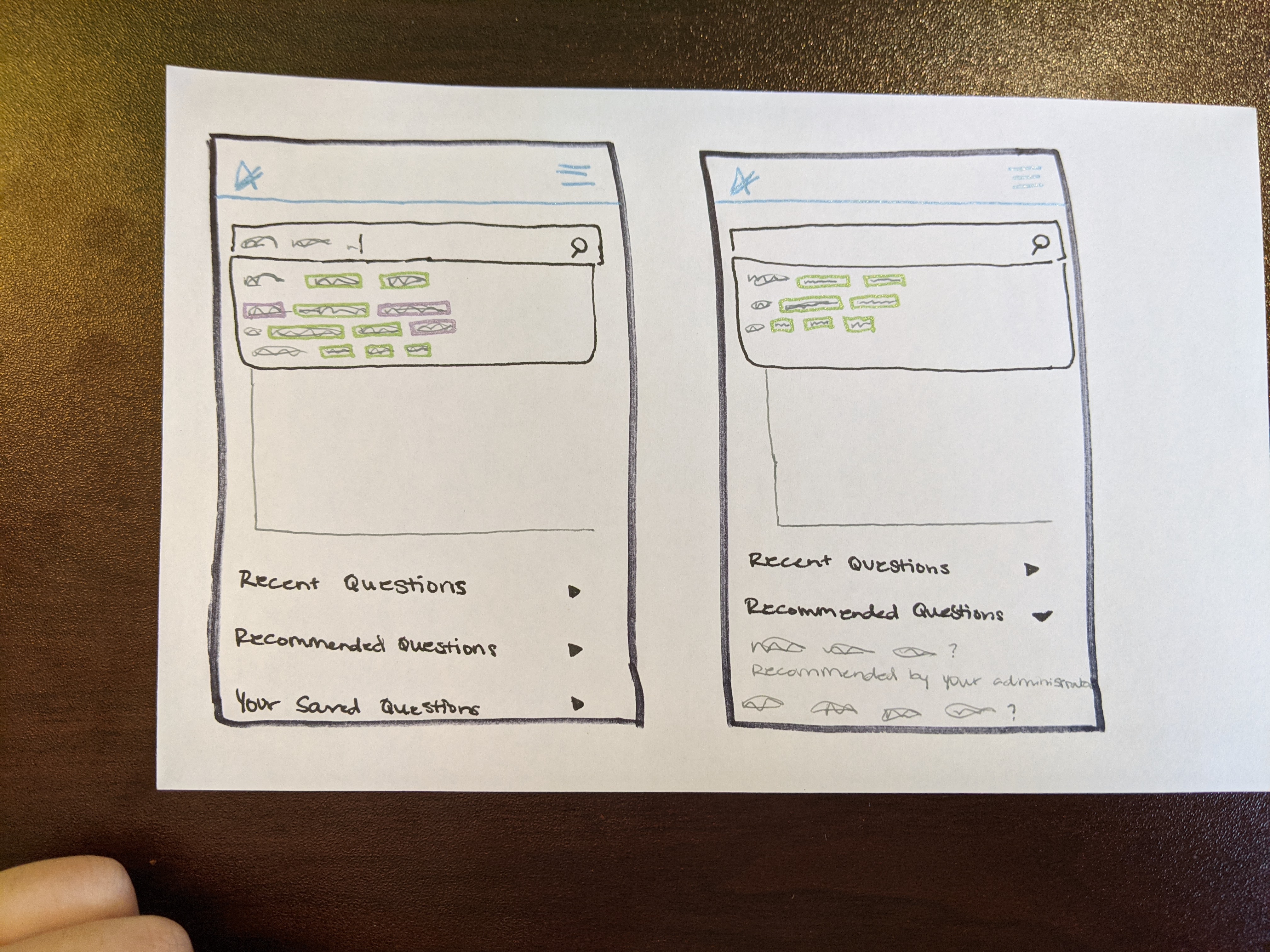 Another set focused on how to guide the user’s initial question construction, alleviating the need to seek admin support at all.

Since the primary pain point centered on asking questions, I decided to pursue a design that allowed the user to make adjustments to the questions they were asking in the context of asking the question. I created some wireframes to communicate the imagined flow to share with my team. 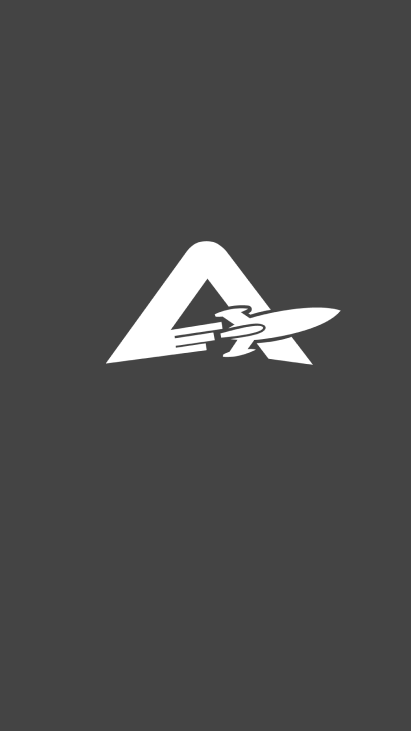 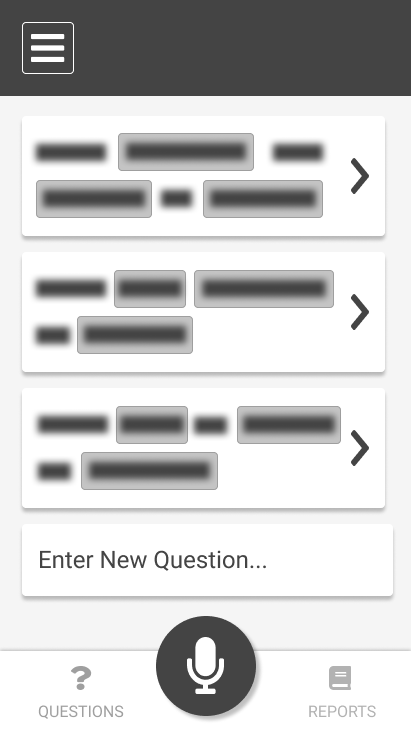 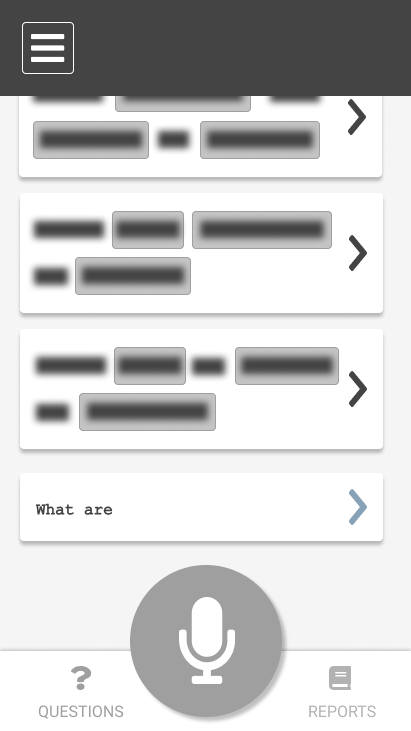 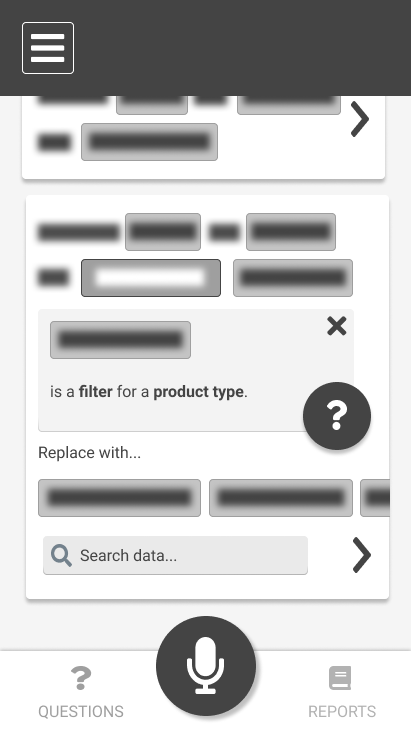 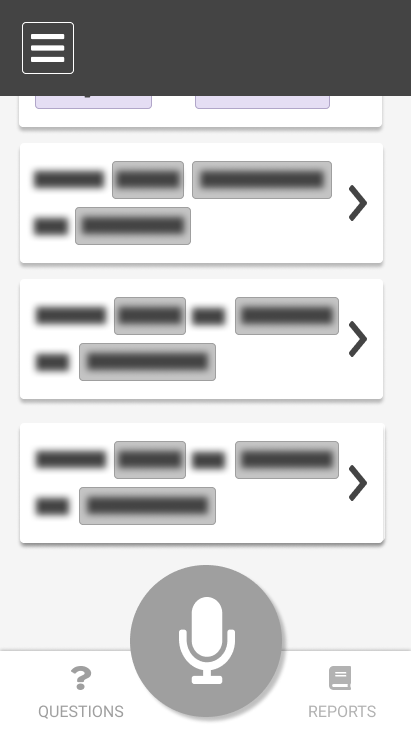 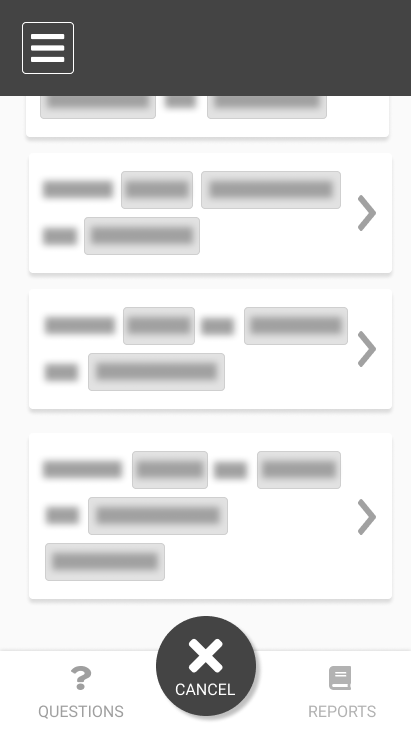 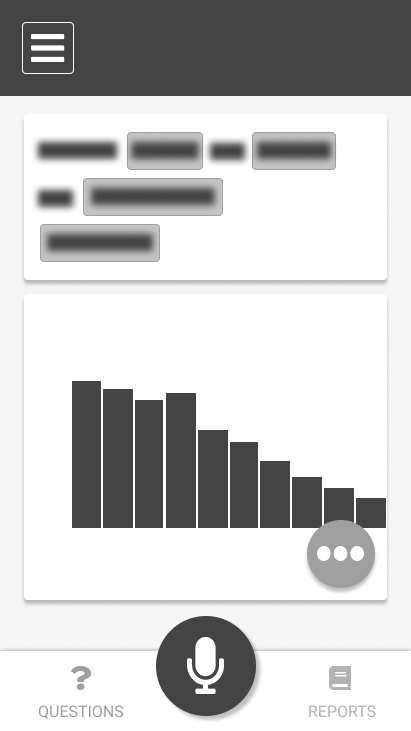 This design was promising, but would need to be tested and strategized from a development perspective before we could pursue it. I created a high fidelity prototype for usability testing and discussion with engineers. 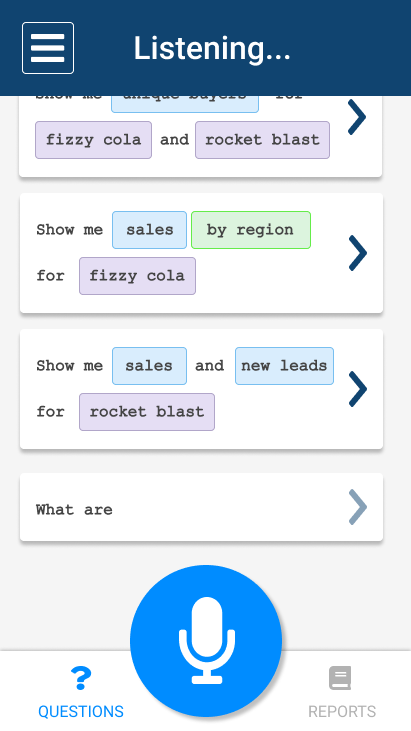 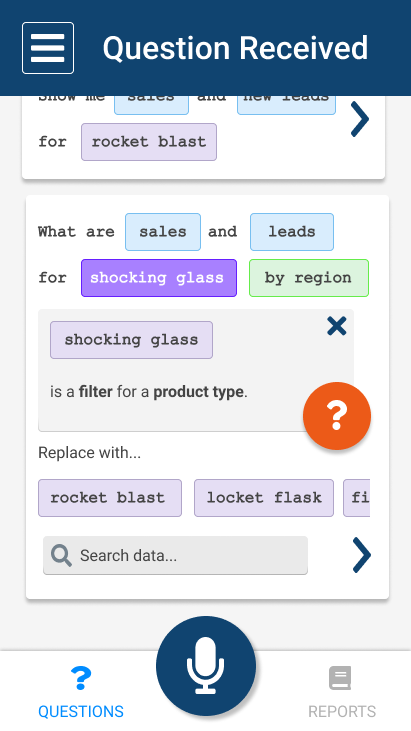 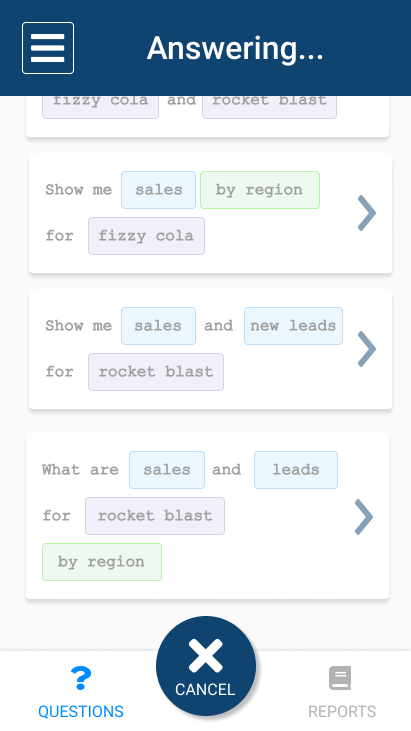 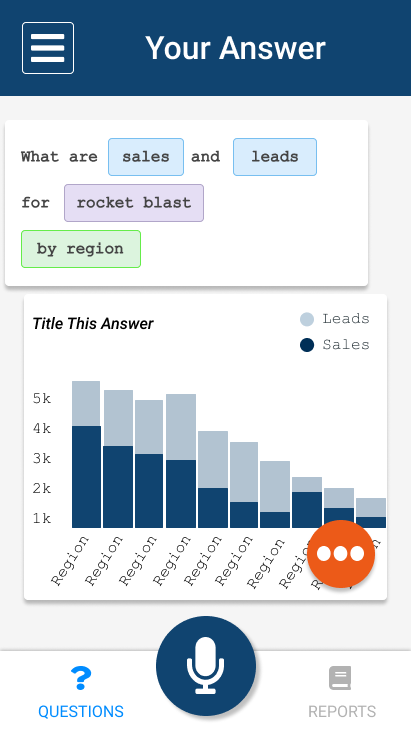